The current CEO of Google, Sundar Pichai, is one of the most influential figures in the technology industry and inspires those who want to reach great heights. He is behind the Google search engine results page, and his vision has helped shape the company into what it is today.

He will be among the highest-paid CEOs in the world in 2022, and you will be amazed to know his annual salary as well. He replaced Larry Page as CEO of Google’s parent company, Alphabet, in December 2019.

He joined Google as Management Consultant in 2004, and after that, there was no stopping, and here he is as CEO. He contributed to developing Chrome OS and several Android apps, which brought him recognition and fame in the company and worldwide.

How did Sundar Pichai get a job at Google

He joined Google in 2004 and initially worked on Google’s search toolbar as part of a small team. Toolbar gave Internet Explorer and Firefox users easy access to Google Search. The success of Google’s Toolbar gave Pichai the idea that Google should develop its browser.

He discussed his idea with his superiors and faced objections from then-CEO Eric Schmidt, who thought setting a browser would be costly. However, Pichai persevered and convinced Google’s co-founders, Larry Page and Sergey Brin, to launch Google’s browser. Pichai played a vital role in the launch of the Google Chrome browser in 2008.

Chrome was a huge success as it allowed users to access Google’s search engine directly.
In 2008 Pichai was promoted to vice president of product development. In this position, they appeared more frequently in Google presentations and continued to move up the ranks in Google. By 2012, he had become senior vice president of Chrome and Apps.

In 2015, Google acquired a company, Alphabet Inc., to serve as a holding company. They were formed and grouped to own subsidiaries previously owned by Google, including a new “slimmed down” version of Google. On 10 August 2015, Sundar Pichai was named Google’s new CEO.

Pichai is well-liked by his colleagues as “the man behind Google’s most important products”.

He had initially planned to pursue a Ph.D. from Stanford and start an academic career. However, he dropped out and joined Applied Materials, a Silicon Valley semiconductor manufacturer, as an engineer and product manager. He only worked there for a short time.

He completed his MBA from the Wharton School at the University of Pennsylvania (2002), where he was named a Siebel Scholar and Palmer Scholar. After completing his MBA, he became a Management Consultant at McKinsey & Company.

Pichai became an internationally known figure following the phenomenal success of Chrome, which eventually overtook competitors such as Internet Explorer and Firefox to become the number 1 browser in the world. Chrome also paved the way for other essential products such as Chrome OS, Chromebook, and Chromecast.

In 2013, Andy Rubin, the creator of Android, left to work on a different project. Larry Page then put Pichai in charge of Android as well. His influence continued to grow, and he was made head of product in October 2014.

In February 2016, he got awarded shares of Google’s holding company, Alphabet, increasing his net worth. The value of these shares is $199 million.

He was born Pichai Sundararajan on 12 July 1972 in Madurai, Tamil Nadu, India. His father, Raghunath Pichai. Worked as an electrical engineer for the British conglomerate GEC and managed a factory that made electrical parts. Her mother used to be a stenographer before having children.

Pichai grew up in a middle-class family and was a promising student. He excelled academically at his school, Padma Seshadri Bala Bhavan, and earned a seat at the Indian Institute of Technology in Kharagpur, one of India’s most prestigious engineering institutes.

He did his B.Tech in Metallurgical Engineering from IIT Kharagpur. He then received a scholarship from Stanford University to study Materials Science and Semiconductor Physics, where he eventually completed his M.S.

It has achieved a net worth that most people can only dream it. He is one of the highest-paid CEOs in the world and earns 2 million USD annually. According to Celebrity Net Worth, Sundar’s monthly salary is in the millions, and Pichai’s total assets are more than $ 600 million or 4,421 crores.

The CEO of Alphabet has been fascinated with technology since he was a child in India, preparing him for a career in one of the world’s tech giants. He earned $ 100 million in 2015, and his net worth has increased. In 2016 he earned $ 199 million. He owns about 115,000 shares of Google.

Sundar’s annual income was Rs. 2,145 crores in 2019, around Rs. 5.87 crores per day. He earns Rs 176 crore every month. Mr. Pichai’s 2020 annual salary has increased by $ 2 million! According to Bloomberg, Sundar is among the ten highest-paid CEOs in the United States.

In 2019, he earned around $ 86 million from various perks and stock awards.

Sundar Pichai is one of the most influential personalities, and He is an inspiration to middle-class families and millions of people. He is a symbol of honesty and patience. He teaches everyone to be their best version and always encourages students worldwide.

He shared a video encouraging the Class of 2020 to keep his expectations high. You can watch this video on YouTube, and He encourages students to find what they love, be patient, and have an open mind. In 2014, Microsoft invited his company to beautiful Pichai. It is also a rumor that the company offered them the status of Microsoft CEO.

His first inspiration is his father. The challenges faced by his father during his profession motivated Pichai to pursue a career in technology. He loves to watch movies and keeps tweeting about the latest films and leading actors and actresses.

His father, an electrical engineer, had to save for three years to buy a new scooter, but he ensured that both of his sons got a good education. He saw his first computer when he joined IIT Kharagpur, as his father could not afford either phone or a computer at home.

Pichai got terrible grades during the first year of his IIT, and then he worked hard for the next three years to improve his rates. Pichai respects the Founder of Infosys, Narayan Murthy, as his ideal, and he always respects the people who make India proud. Sundar Pichai has been blessed from childhood that he remembers all the numbers dialed till now.

While in a strategic deal with Google to build a relationship with Samsung, Sundar Pichai assisted Larry Page and Nikesh Arora in South Korea. They successfully yielded the desired results in setting up a bond between two successful firms of the time.

Top Facts You Did Not Know About Sundar Pichai

The table given below is about the educational qualification. We always depend on a reliable source, but it isn’t easy to find. In that case, we review that information regularly.

Anjali Pichai Net Worth and Salaries

what is google CEO’s salary in rupees?

Sundar’s monthly salary is in the millions, and Pichai’s total assets are more than $ 600 million or 4,421 crores, which is said to be around Rs. 5.87 crores per day, He earns Rs 176 crore every month.

You may not know it from observing his calm demeanor and simple lifestyle, but Sundar Pichai is a multi-millionaire. In just 48 years

What is Sundar Pichai’s salary?

Sundar Pichai got 75% in the 12th board examination. 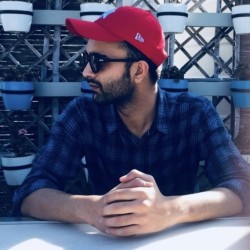